Inside the luxurious Tuscan home of the Ferragamo family

A medieval village in Tuscany provides the private time that nurtures the bonds between four generations of the famous fashion family. 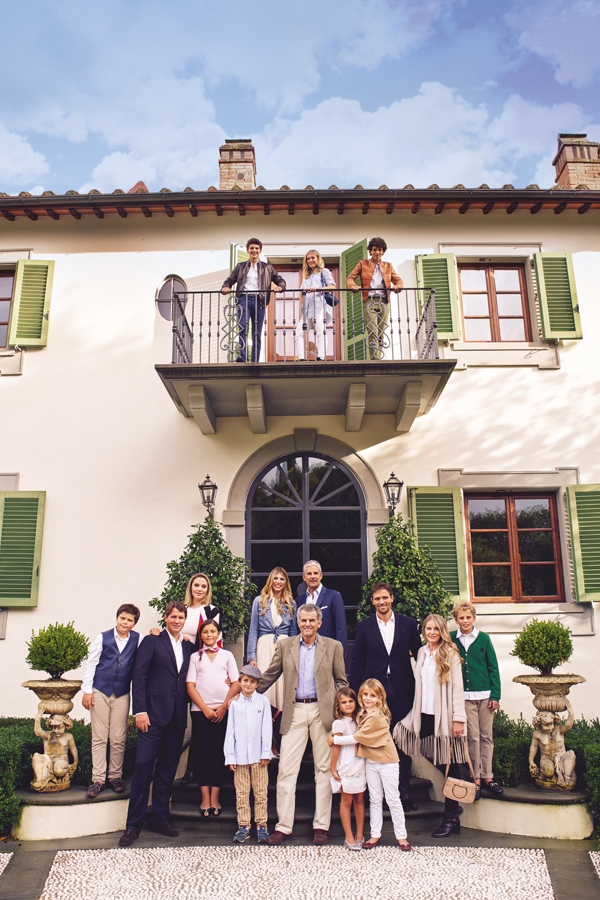 It rains, then it shines, the weather playing a fanciful game in the picturesque Tuscan countryside as the waning summer slides reluctantly towards autumn. The unpredictable atmospherics only enhance the charm of Il Borro, a village dating back to 1039, as an impeccably dressed Ferruccio Ferragamo and his equally dapper son Salvatore greet me.

Salvatore’s eponymous grandfather owns this gorgeous medieval hamlet, set in a picturesque floodplain carved by the Arno River and bordered by the Pratomagno ridge, the Apennines and the hills of Chianti.

Ferruccio, the eldest son of the humble shoemaker who started the family business, discovered Il Borro during a hunting trip in 1985, but it was a broken, derelict version of what exists today and its hardscrabble inhabitants were struggling to make ends meet. Ferruccio, however, recognised the potential of the buildings and their lovely setting. He returned in 1993 to buy the hamlet, along with the adjacent grand villa, which was half-destroyed during World War II, and the 700 hectares of fertile countryside on which they lie.

A decade of extensive renovation brought Il Borro back to life, its medieval charm meticulously preserved and complemented with all the comforts of modern living, and the village is now a much-loved retreat for the extended Ferragamo family.

The restored village, villas and farmhouses are surrounded by vineyards, and with eight artisan shops, a church, an art gallery, organic gardens, a resort and spa and two restaurants; Il Borro has become a worthy luxury destination for discerning travellers under the Tuscan sun. The village, one of Italy’s prettiest, is linked to the cypress-lined main estate by a stone bridge restored by local craftsmen piece by piece. 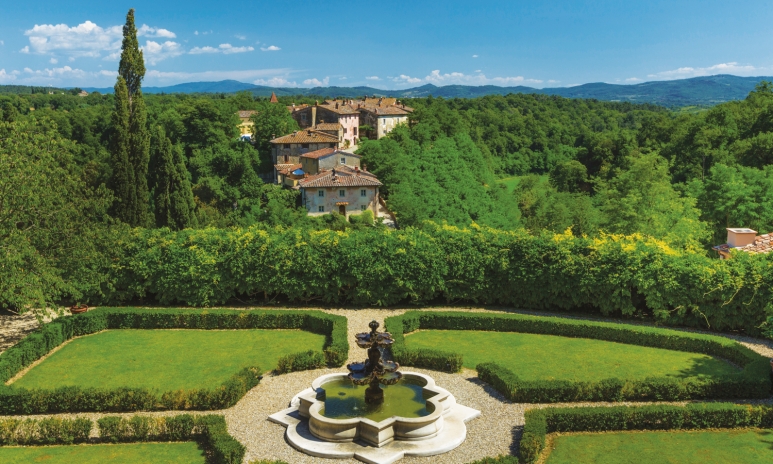 Il Borro is a special place for the Ferragamo family not so much for the time, effort and money poured into it, but for the joy the village gives them as a private paradise where they are able to gather regularly as a family.

“Il Borro, to me, has been instrumental in keeping my family together,” says Ferruccio, who is chairman of the company. It’s a sentiment echoed by his son. “We are incredibly fortunate because we have this place which can accommodate and entertain our family,” says Salvatore. “There are activities for everybody—the spa, soccer, shooting, hunting, biking, horse riding and more. We are never bored here.”

Ferruccio lives an hour’s drive away in Florence but visits Il Borro on Wednesdays for business and on weekends for family. All his children have their own houses in the village, and every weekend they and their families head over to their father’s estate for lunch. The family lunch is also a tradition during holidays and on special occasions, such as today, when 16 members representing three generations of Ferragamos gather for our photo shoot, with Ferruccio’s fiancée, Teresa Bürgisser Cristoforo, ably assisting with styling.

“My father is so generous and invites us all the time to have lunch with him,” says Salvatore’s twin brother, James, who is director of women’s and men’s shoes and leather goods. “Our kids love spending time with their cousins as well. The importance of family is crucial for us. It’s at the heart of everything we do. Keeping everybody together is really at the core of the Ferragamos.” 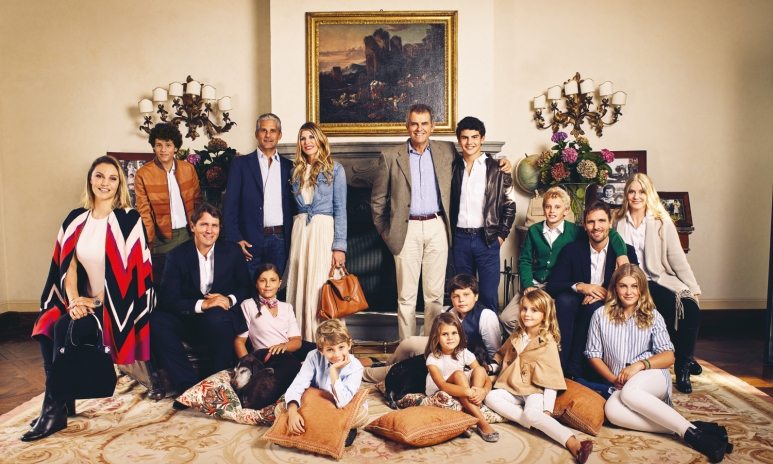 The twins are very close. James describes Salvatore, his senior by several minutes, as “the best companion I could ever have". "We compete in almost every sport, but he’s my best friend for sure. I can really say anything to my brother; we have grown really close.”

The twins are also close to their sister Vivia, who is two years younger, and tell of a happy childhood. “We were very fortunate growing up but, I don’t know, maybe for my sister it’s less fortunate because people had to be friends with us to be friends with our sister,” quips the protective Salvatore.

The dynasty founded by the late Salvatore and his wife, Wanda Miletti, now numbers nearly 100 members across four generations. The couple had six children: Fiamma (the creator of the classic Vara pump, who died in 1998), Giovanna, Fulvia, Ferruccio, Massimo and Leonardo. The third generation, which includes the twins, numbers 23, and the fourth around 40. And that’s not counting the English relatives on the matriarch’s side. 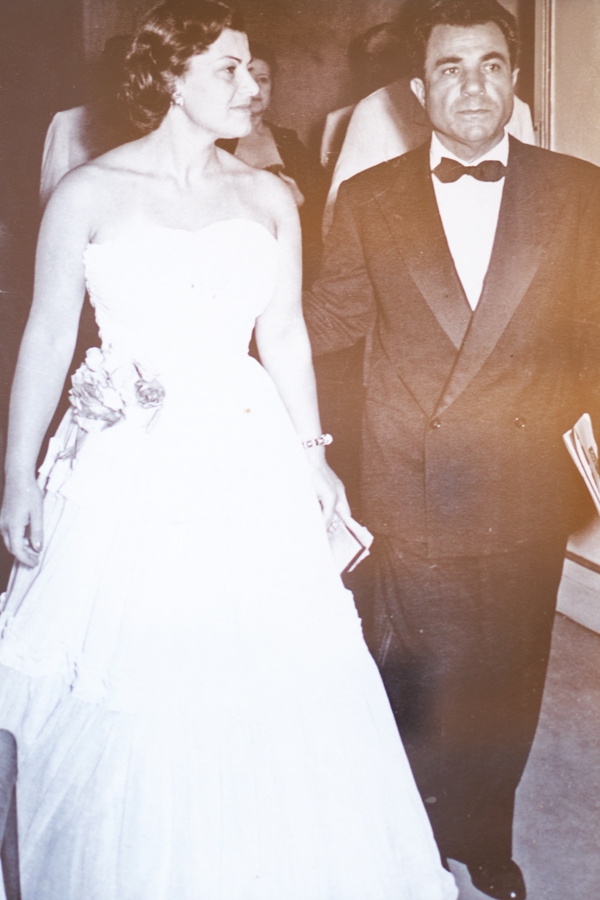 Like Il Borro, Wanda holds the family together. Widowed at just 38 when Salvatore died in 1960, she found the strength to raise her children and ensure the survival of her husband’s company. “My mother took over, but she could not take my father’s place in the business sense because she didn’t know how to make shoes. She didn’t have the creativity my father had,” Ferruccio says.

However, she had a crucial skill in her ability to choose the right people. “She surrounded herself with bright and efficient staff, bringing the company to a global level,” Ferruccio says proudly. The bond between mother and son is strong, and today, after our shoot and interviews, Ferruccio will be rushing off with Salvatore and another son, Francesco, to dine with Wanda in Florence.

While she’s almost 95, Wanda still goes to work every day. She is honorary chairman of Salvatore Ferragamo, but she never lets her corporate schedule interfere with her role as grandmother. “She’s an amazing woman,” says James, “a terrific great-grandmother to my kids and a grandmother to me. She keeps things simple. She has created this clear objective of inculcating in every generation values to keep the Ferragamo dream alive. She did that with her sons and likewise with her grandsons.” 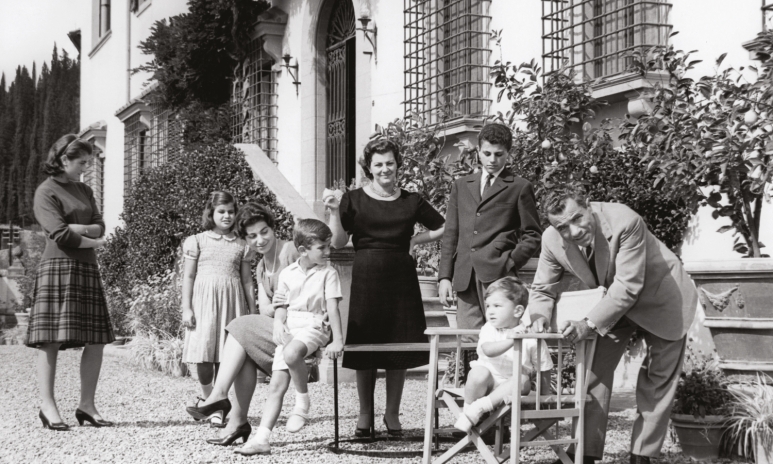 To inspire her offspring and, in turn, theirs, Wanda would tell tatler_tatler_stories about Salvatore Snr and the early days of the family empire. Born into a poor family, he made his first pair of shoes at the age of nine. He left Italy in 1914 and spent 13 years in the United States, where he ended up in Hollywood and made a name for himself as “Shoemaker to the Stars”.

But Italy never lost its power over him and he returned in 1927, setting up in Florence with a dream to create high-quality handmade shoes. The business he started eventually grew into the luxury goods empire of today, encompassing bags, eyewear, silk accessories, watches, perfumes and ready-to-wear clothing for men and women.

James remembers most the early tales of his grandfather as a poor shoemaker and the determination that drove him to success. Salvatore echoes his twin’s sentiments and nominates his grandfather’s greatest quality as dedication to his goals. “He wanted to make shoes, so he did, not by machines but by hand, and he concentrated on the quality of those products. He believed in his passion.”

That dedication was also apparent in Salvatore Snr’s parenting, as son Ferruccio recalls: “I was very naughty so he tried to discipline me. I learnt many lessons.” Those lessons included the way his father treated the people who worked for him; everyone, from the highest manager to the newest worker, received the same degree of respect.

And the patriarch taught his children another important lesson: whatever role they play in the company, it’s only a small part of the process, and they therefore owe their success to the hard work of the employees. Ferruccio has impressed this principle on his children and expects them to do the same with theirs. 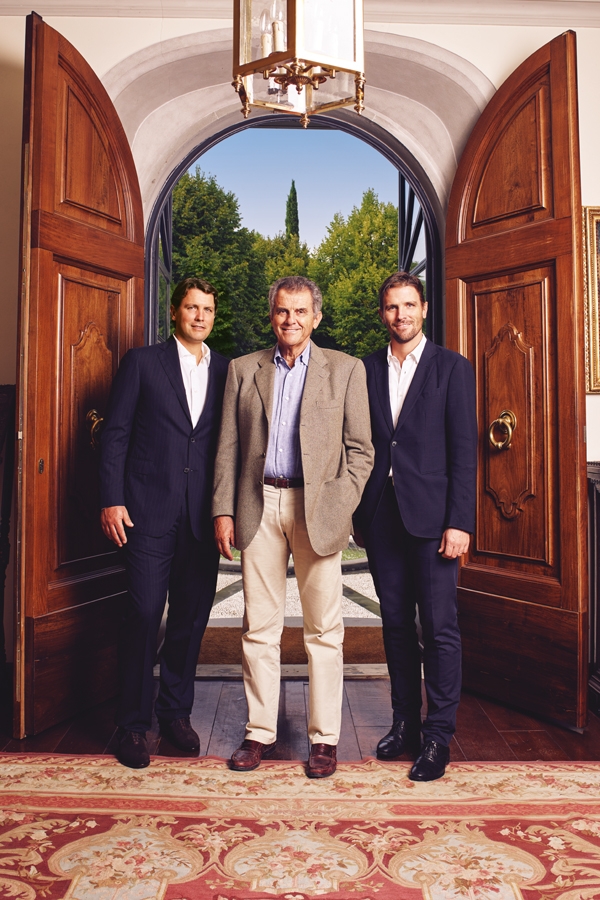 For Salvatore Jnr, who has three children with his wife, Christine Maninger, a good parent must know the right balance between discipline and indulgence. “Sometimes you tell them off but you don’t really know if you got the point across,” he says.

“You have to find a way of understanding and getting through all of that. That’s much more challenging. I think the best thing is to be there, be present, and talk to your children.” It’s essential not to dictate the path the children should take, he says, but to help them draw their own conclusions and make their own decisions.

Likewise, James and his wife, Louise Holm, are keen to instil good values in their three children and to place happiness and honesty at the core of everything they do. James wants his children to nurture their own passions and hopes they won’t be influenced by external pressures and expectations to follow a road not of their choosing. 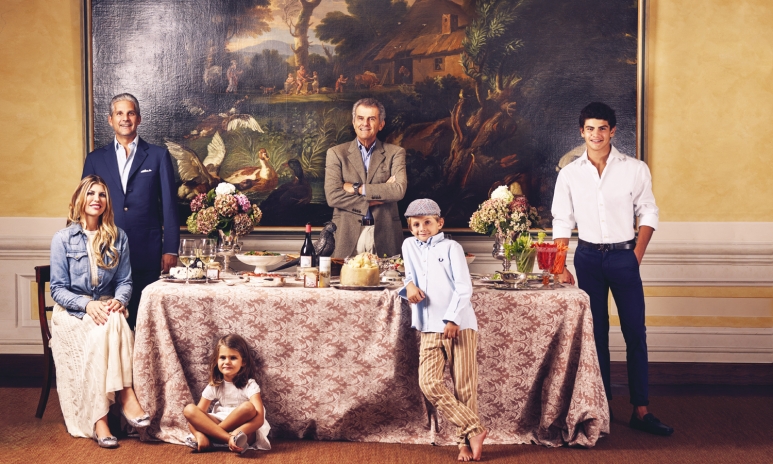 Clockwise from left: Vivia and her husband, Alessandro Attolico, Ferruccio, his son Francesco, and Filippo and Nicoletta May Attolico.

As deeply embedded in their hearts as Il Borro is, Florence will always hold a special place for the family as the crucible of the house of Ferragamo and the city where Salvatore and Wanda raised their children. It might not have the best airport or soccer team in the country, muses Ferruccio, but it more than compensates with its beauty, history and art. Salvatore agrees: “Florence is home and we are very fortunate that we are living in one of the most beautiful cities in the world. Its incredible architecture, beauty and culture stand out.”

The Ferragamos are a globetrotting lot, but their hearts always lead them back to where their story began. For almost 90 years the house of Salvatore Ferragamo has flourished, a global business that thrives today across four generations, one that, like historic Il Borro, is set to flourish for generations to come.

This article is published in the December 2016 issue of Malaysia Tatler. On the cover, we have Carmen and Carmey Chua who are continuing their father's legacy.