Infiniti’s latest offering is its most beautiful yet, with enough attitude to attract plenty of suitors.

The Infiniti Q60 Is A Power House Of A Coupe

Infiniti’s latest offering is its most beautiful yet, with enough attitude to attract plenty of suitors.

To call the Infiniti Q60 ‘striking’ would be an over-simplification. The successor to the luxury brand’s G-series is clearly designed for a driver with an eye for beauty – a less subtle kind of beauty, which in the case for this car, is the right way to go.

The Q60 goes straight into the market competing against the German giants, and underplaying its strengths may well be a death-knell. So it doesn’t, instead it struts proudly, showing off everything it has for all to see, hear, touch and feel.

Its imposing front end is offset by the slimmer and sexier rear-end, so expect some ogling from the drivers behind you, and certainly don’t feel ashamed by it. Another reason the coupe invites the ogles is its size – it is unashamedly long, and sits low enough to inform driver and passers-by that “Yes! This is a sports car.”

As beautiful as it may be on the outside, you’re going to spend most of your time on the inside, pushing the Q60 to its limits – and push it you must because this coupe is built for it.

The Q60’s predecessors, the G35 and G37 were known for being performance powerhouses, and the streak continues with this model.
The words: four-cylinder, turbocharged, 2-litre, direct-injection gasoline engine all translate to a maximum 211 horsepower being delivered to the 19-inch rear wheels via the 7-speed transmission.
That translates to a really fast car that eagerly responds to your thirst for speed. The Q60 doesn’t feel like it’s made for the average driver, but instead a niche product for a person who genuinely appreciates superb engineering; and that may be to its favour considering how ‘normal’ its German competition has become.
Currently, the 2.0 rear-wheel drive is the only spec available locally, but if lots of torque and matching fuel efficiency is what you’re looking for, then this variant is all you need.

Drive mode selectors are common features now in most luxury/sports vehicles, allowing drivers to tailor the car's transmission and handling to suit their needs.
The Q60 does just that with 3 in-house options to choose from – Standard, Sport and Snow  and an option to personalise your own settings.
If you own this car, you may want to personalise it, but putting it in ‘Sport’ and flying down the highway, legally, delivered exactly the kind of drive you would expect – comfortable, smooth and never out of control. 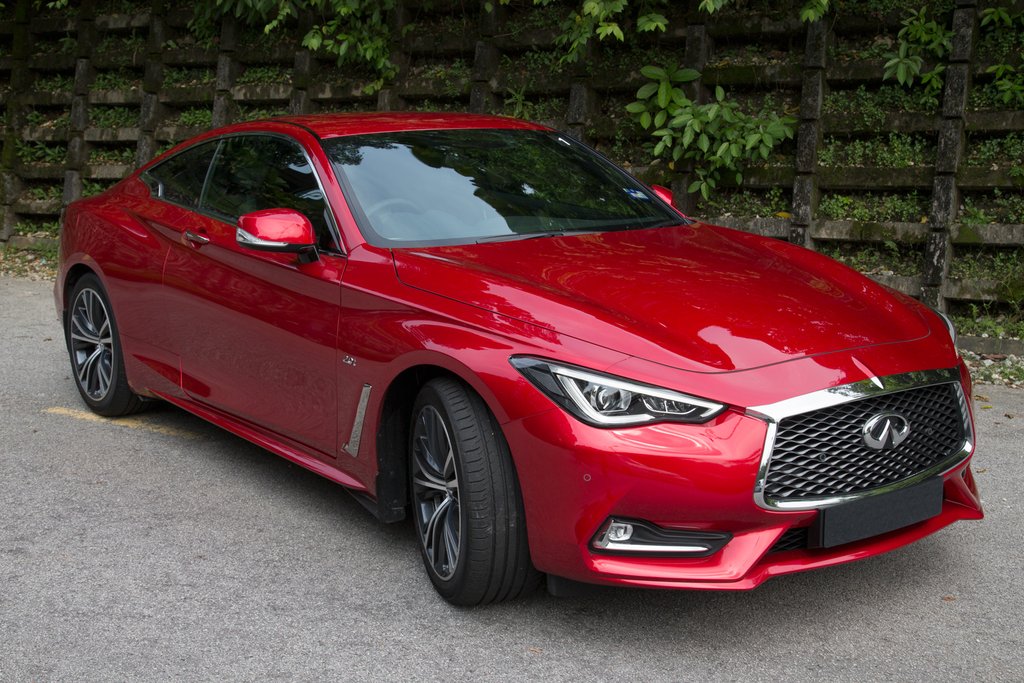 It’s worth mentioning that the Q60 is a heavy car (and a loud one too) and when you first get into it and start rolling out, its weight feels apparent.
But it doesn’t take very long before you find yourself swerving in and out of traffic like a feather-weight. The electric-powered steering system is responsive but also solid, which is comforting at high-speeds, when you don’t feel like you have to hold on the wheel for dear life (although you always should).
The 360-degree sensors can annoy in traffic, but can be turned off, while the swerve sensors are a safety feature that should become a standard in all vehicles. 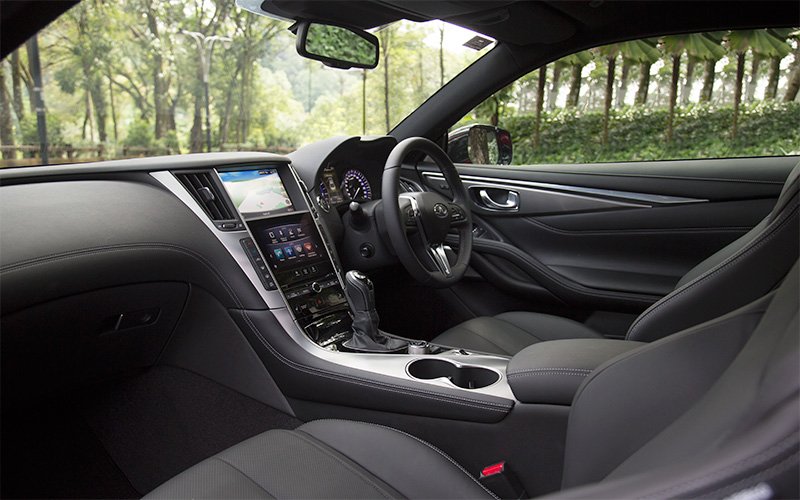 You know what you’re getting yourself into when you buy a car like the Q60. It isn’t a family transporter. It isn’t a baby transporter, even if the rear seats have child-seat anchors. This is a swanky, sporty coupe!
That said, the Q60 is relatively comfortable. Although, if you happen to be taller than 6-foot 2, the headroom may get claustrophobic. The front seats have been redesigned to offer more support, including what Infiniti calls ‘spinal support,’ which is a must if you’ve driven long distances in a sport/supercar.
Even the rear seats offer a respectable amount of legroom, although again, not suited for someone over 6-foot 2.
Finally, while the Q60 is an incredibly loud car from the outside, the inside has been fitted with noise-cancelling features that filter out a significant amount. 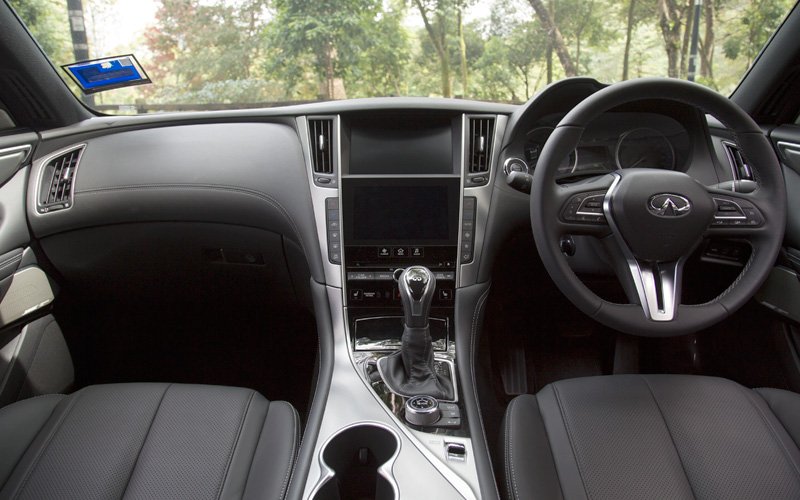 The Q60’s dashboard gets a significant upgrade, featuring 2-touchscreen displays. The upper one predominantly displays the navigation system, while the lower one operates most of everything else. But the knobs and buttons haven’t been done away with, just yet.
The GPS operates with preloaded maps, although with more drivers turning to mobile phone apps for navigation this is something that could see itself phased out in the future.
The actual entertainment system can be described in one four-letter word: BOSE. The masters of sound have fitted the Q60 with its all-new 13-speaker Performance Series sound system that made driving this beauty all the more better for this audiophile.

The Q60 is priced  on-the-road and inclusive of GST from RM308,800 with a 7-year unlimited mileage warranty.

Visit the Infiniti Center Kuala Lumpur located at The ICON, Jalan Tun Razak, 55000 Kuala Lumpur to get up close and personal, and to book your test drives. Call 03-2162 3223 to book ahead.